For a series of short videos about Dukes County, the individual towns, business and non-profit community organizations

The County of Dukes County consists of 11 islands off the southeast coast of Massachusetts, within sight of Cape Cod. More than 99 percent of the County’s population lives on the largest island, Martha’s Vineyard, an international tourist destination and vacation-home resort.

The Vineyard’s year-round population of 15,000 soars to more than 100,000 in the summer season, not counting the boatloads of “day trippers.” Miles of free public beaches and other recreational opportunities, coupled with exciting night life and exquisite natural beauty, give the Island its world-class reputation. The many celebrity homeowners and visitors are evidence that the “rich and famous” consider Martha’s Vineyard a premier playground.
Dukes County also embraces the Elizabeth Islands, lying several miles west of the Vineyard across the waters of Vineyard Sound. They are named Nonamesset, Uncatena, Weepecket, Gull, Naushon, Pasque, Nashawena, Penekise and Cuttyhunk. Noman’s Land, an uninhabited isle off the southwest end of Martha’s Vineyard, completes Dukes County’s land inventory. 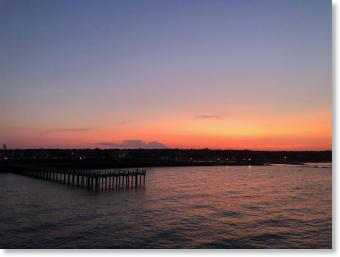 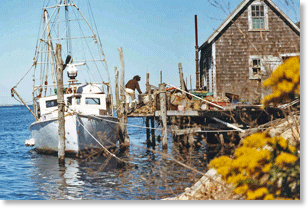 Seven towns, each with its own government and distinctive personality, punctuate the county. On Martha’sVineyard, covering 100 square miles, the three “down-island” towns of Tisbury, Oak Bluffs and Edgartownare more densely populated. The “up-island” towns of West Tisbury, Chilmark and Aquinnah are comparatively rural.
The Town of Gosnold embraces the entire Elizabeth Island chain, with the settlement itself situated on the outermost island of Cuttyhunk. Gosnold has a year-round population of less than 100 hardy souls.

Balancing the County’s playful nature is its long history and ubiquitous air of antiquity. Artifacts suggest that the land now called Dukes County has been inhabited continuously for more than 10,000 years. The earliest record of European exploration was made by Italian explorer Giovanni de Verrazzano, who sailed past in 1524 and named the largest island Louisa. The islands were “officially” discovered in 1602 by English explorer Bartholomew Gosnold, who arrived on the sailing ship Concord to “a place most pleasant.”

By some accounts, Gosnold conferred the name “Martha’s Vineyard” in honor of his mother-in-law and infant daughter -- both named Martha, as the story goes. At least one historian disputed that version. Charles Edward Banks, M.D., who wrote the three-volume “The History of Martha’s Vineyard” in about 1911, argued that no one in Gosnold’s extended family bore the name Martha. Banks said the island was known both as “Martin’s Vineyard” and “Marthaes Vineyard”  until about 1700, when the former name died out. He speculates that Gosnold might have named the island for his shipmate, Capt. John Martin, but Banks does not pose a theory on the origin of “Martha’s” Vineyard.

In 1641, Englishman Thomas Mayhew Sr. bought the islands that now constitute Dukes County -- plus the island of Nantucket -- from William Alexander, the Earl of Sterling. To resolve a conflicting ownership claim, he also paid off Sir Ferdinando Gorges, thereby acquiring a clear title. Mayhew’s son, Thomas Jr., arrived on Martha’s Vineyard in 1642 with about 40 English families, and his father followed four years later. They established Martha’s Vineyard’s first settlement and called it Great Harbor, now Edgartown. Thomas Mayhew Jr., a missionary, worked to Christianize the Wampanoags. After he was lost at sea in 1657, his father pursued that objective. 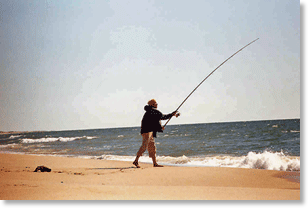 Whaling, fishing, farming and trading became the four major industries of Dukes County. In the 1800s, people of Portuguese and African descent came in numbers, enhancing the County’s cultural diversity. Perhaps as a legacy of the early Mahew missionaries, a Methodist camp took root in Cottage City, now called Oak Bluffs.  The camp survives to this day as a center of religious and cultural activities.

More than 300 years after Dukes County was created, county government continues to be the uniting force of  the County’s towns and islands. The Home Rule Charter, enacted in 1992, added to the county’s historic duties relative to the courts, the Register of Deeds, and the office of the sheriff. The charter empowered the county to develop modern, innovative programs addressing regional needs that cannot be met easily by the individual towns.

The County of Dukes County is indebted to the Martha’s Vineyard Historical Society for making available its research facilities, historical books and displays. For more information about the Historical Society, visit www.marthasvineyardhistory.org